Print| Email a Friend| Back

When All Roads Construction Ltd., Surrey, British Columbia, first incorporated in March 2018, the road construction company’s President Rod Stephens already knew it would need its own asphalt plant to be competitive in the market. 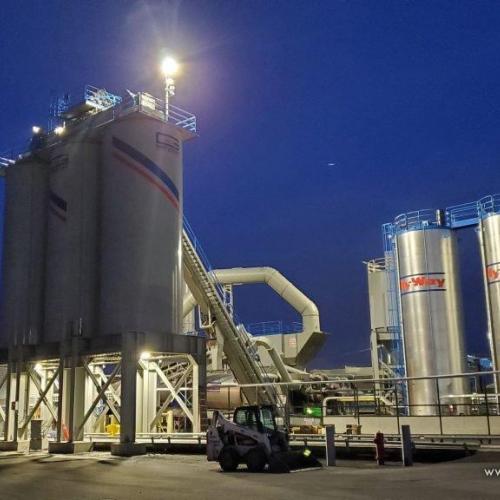 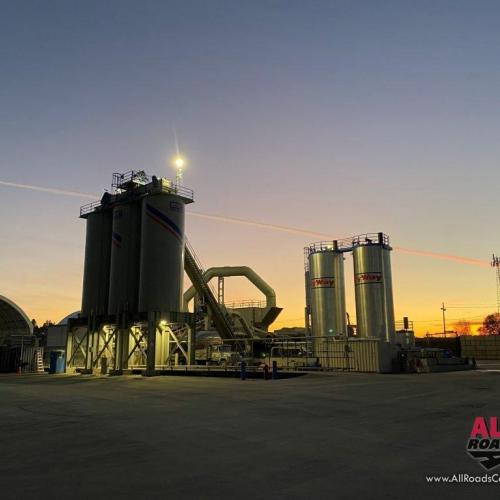 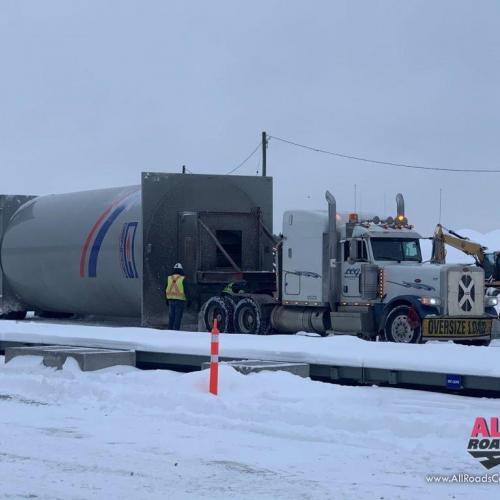 "It wasn't only a financial decision, but also one based on control," Stephens said. "When you have your own plant, it affords you the opportunity to bid the work you want without outside interference."

Stephens had been involved in a number of other paving and road building companies in the past, and he knew the challenging process that lay ahead of them. The All Roads leadership team immediately set about establishing its plant; they had their land picked out and secured from the start.

"The location is probably one of the best in Vancouver," Stephens said. "It's on the Fraser River, so we can have aggregates barged in and asphalt barged out if needed."

The plant is also located at the crossroads of all major highways going in and out of Vancouver and has direct freeway access. Additionally, the property was already zoned industrial, which spared the company public council discussions.

One of the most significant challenges for the company was receiving an Air Quality Management Approval permit from Metro Vancouver. The bylaws require the permit applicant to perform a detailed dispersion modeling plan and then track all emission sources, from the stack to the dump trucks, to dust from stockpile inventory and the conveyors. "Everything," Stephens said. "That's why air quality management is so important for our entire operation. It used to be just the plant stack that was monitored, now it's the entire plant site footprint."

"We were told by many people that we would never get approval for another plant in the city," Stephens said, "but we proved to them that a plant as clean as the one we operate would be a good thing for Metro Vancouver. This is the first brand new, privately owned asphalt plant built from the ground up in the Metro Vancouver area in 22 years!"

All Roads ultimately received the permit, but the process was not without its challenges. "It took a whole team of engineers, thousands of emails, thousands of hours and hundreds of thousands of dollars, but we got our approval," Stephens said, with apparent relief in his voice.

Despite presenting to Metro Vancouver in August 2019, All Roads didn't receive its air pollution bylaw permit until May 22, 2020. "We told Metro Vancouver, months in advance, that we needed the plant up and running by May 22 at the latest," Stephens said, because they were set to begin a very large government paving job on Highway 1 on that day. However, the COVID-19 pandemic slowed down the process, so it was down to the wire. "I have to give credit to the folks in Metro who went to bat for us to make sure that date happened by our deadline."

All Roads invested in a variety of systems to minimize emissions from all sources. The company invested in tent structures over their aggregate stockpile, paved the entire yard with 3,000 tons of asphalt and equipped it with a misting system, as well as misting systems for each conveyor belt and anywhere aggregates are transferred. The plant is located along the Fraser River, which drains into the Pacific Ocean, so All Roads also invested in an elaborate storm drainage system to regulate the flow and clarity of water before it enters the river.

The company also seismically engineered their silos, which required 28 closed-end 610mm steel piles to be driven prior to the rebar and concrete placement. Additionally, they constructed a seismically engineered, water-tight tank farm to prevent contamination if an earthquake were to occur and an AC tank were to collapse.

"The criteria is really tough, but it's fair," Stephens said. "Vancouver is where our employees live, where most of us were raised, where we raise our children. This is our home and we feel obligated to make sure we keep our home clean."

The plant itself is also equipped with a number of features to meet the strict standards. All Roads invested in a 300-ton-per-hour plant with three 200-ton silos from Gencor Industries, Orlando, equipped with Gencor's UltraDrum, Green Machine for warm mix, and Blue Smoke Capture System. The facility also has six virgin feeders for materials that can be controlled volumetrically on variable frequency drives and two RAP feeders.

Stephens said All Roads chose Gencor for two reasons. One was familiarity with the product; he had bought Gencor plants previously as part of a different ownership group. More importantly, he said, the plant chosen would allow them not only to meet Metro Vancouver's air quality bylaws, but exceed them at all levels.

"We spent a lot of money on various controls to make sure we can maintain that cleanliness of our plant," Stephens said. "We wanted to utilize the best control technologies available."

For example, the reverse air flow baghouse collects all particles from the plant's various moving parts and recycles them back into the asphalt itself, "to give us improved efficiency and quality," Plant Manager Dennis Eby said.

All Roads also invested in a particulate monitor from Dwyer Instruments Inc., Michigan City, Indiana, that notifies them if ever there is too much particulate leaving the stack. "Normally, that's only tested once per year," Stephens said. "With the monitors, you know how you're doing all year long."

Already, the system has come in handy, Eby said: "We had a blown bag and it sent a signal to us in the tower so we were able to find and fix the bag immediately."

The plant is also equipped with a flue gas recirculation system specifically designed to reduce nitrous oxide (NOx). "When the baghouse draws air through, the flue gas system draws a bit of that back to our burner and re-burns it to reduce our NOx," Eby said. "No other plant in Vancouver or any plant I've worked on–and I've worked at a lot of plants–has that system."

They also invested in Gencor's Green Machine, designed to inject steam into the foaming process using only the energy of the pump or head supplying the liquid asphalt cement (AC) and water for warm-mix asphalt (WMA) production.

All of these features allow All Roads to be environmentally friendly not only from an emissions perspective, but also allow the company to maximize its use of recycled asphalt pavement (RAP). "It feels good to be able to maximize our RAP content without any negative side effects," Stephens said. Furthermore, the plant setup they have makes it easy to produce mix for the 20 municipalities within a two-hour radius of the plant, each of which has various RAP percentages.

"This is one of the cleanest plants available in North America today," Stephens said. "The emissions that go into the sky are at minimal levels for an asphalt plant."

Beyond its myriad environmental features, the plant also invested in technology to make its operations safer, easier and more efficient. This includes an automatic spray system from Lafferty Equipment Manufacturing Inc., North Little Rock, Arkansas, to spray the dump trucks with release agent before loading them up so drivers are less likely to leave their trucks when at the plant. All Roads also upsized its scale so it can accurately weigh every truck and maximize each truck going out of their plant. "That also reduces our environmental footprint because trucks aren't being improperly loaded," Stephens added.

The plant is also equipped with its own lab under the control tower to perform aggregate testing for quality control and moisture content. They also have a blow tube ticketing system from the ticketing counter directly to the dump truck driver. And, the plant is equipped with Gencor's UltraLogic control system.

Back when Eby started in the industry, everything was push buttons. Now, he said, everything is computer-based and programmable logic control (PLC)-controlled. "In the era we're evolving into, the kids coming into our industry know computers and the PLCs entice them."

The state-of-the-art plant has also impacted All Roads' use of technology on its paving projects. When the company invested in SmoothRide, a road resurfacing solution from Topcon Positioning Systems, Livermore, California, it was able to improve its paving production by 30 percent. "With that extra 30 percent production level in the field, it was really important that we aren't locked into another plant's timelines," Stephens said. "In order to map out our destiny as a company, we knew we needed to be in control of our own supply."

All Roads' initial goal for the first year of the plant was to produce 100,000 tons of mix, a goal the company surpassed after only four months in operation. Stephens gives special credit to Gencor for meeting its goal with zero downtime at the plant.

The plant had also just begun to serve outside sales before the 2020 season came to a close, so 2021 is likely to be an even bigger year. They are setting their sights on 200,000 tons in 2021. "We have another highway to pave in 2021 that requires approximately 100,000 tons alone," Stephens said, "and we are hopeful on some major port expansion activities."

Air quality management is so important for our entire operation. It used to be just the plant stack that was monitored, now it's the entire plant site footprint.